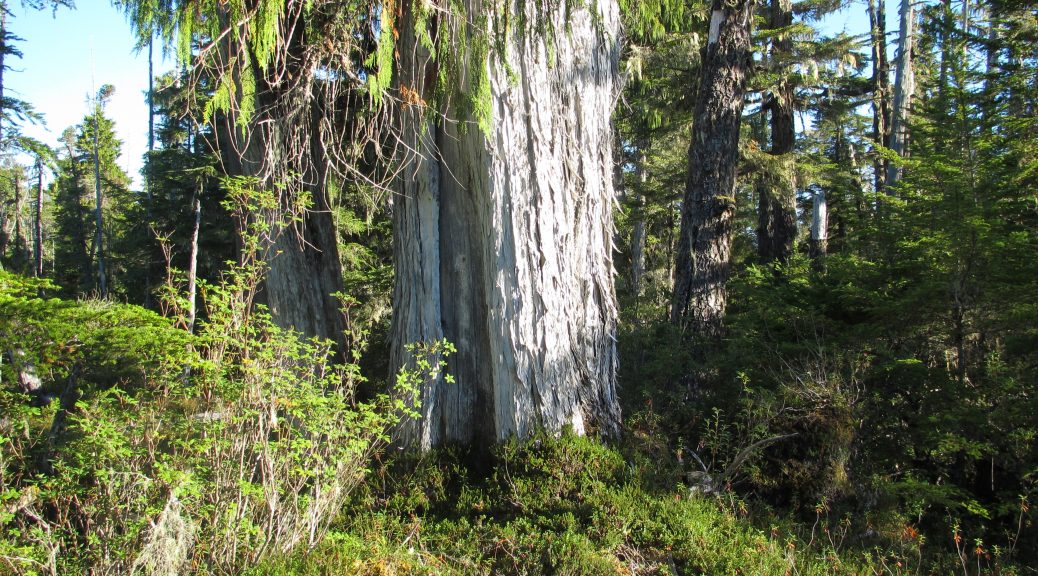 Top image: A tapered bark strip scar on an Alaska Yellow Cedar tree. This is a scar that commonly results from the use of stone tools on the tree’s bark by Tlingit peoples during the Little Ice Age, a time of glacial advance associated with cooling in some parts of the world. The Little Ice Age was immediately prior to the warming caused by the Industrial Revolution.

One of our recent projects is the study of Alaska Yellow Cedar. The tree species, common in southeast Alaska and the western coast of Canada, has been dying in concentrated areas in the region over the past two centuries. As this introduction from the U.S. Forest Service explains, the mechanism many scientists believe is driving the decline in yellow cedar is the decrease in snowfall due to modern climate change.

These freezing events occur on shorter timescales than the longer-term, average temperature increases. Thus, warming temperatures due to recent climate change do not remove the presence of freezing events, particularly in the spring, that can be fatal to yellow cedar.

For more information on yellow cedar, view the following links below.

The COW Tree Ring Lab’s work on yellow-cedar decline has focused on two locations in Alaska — Pleasant Island and Excursion Ridge, both located in Icy Strait.