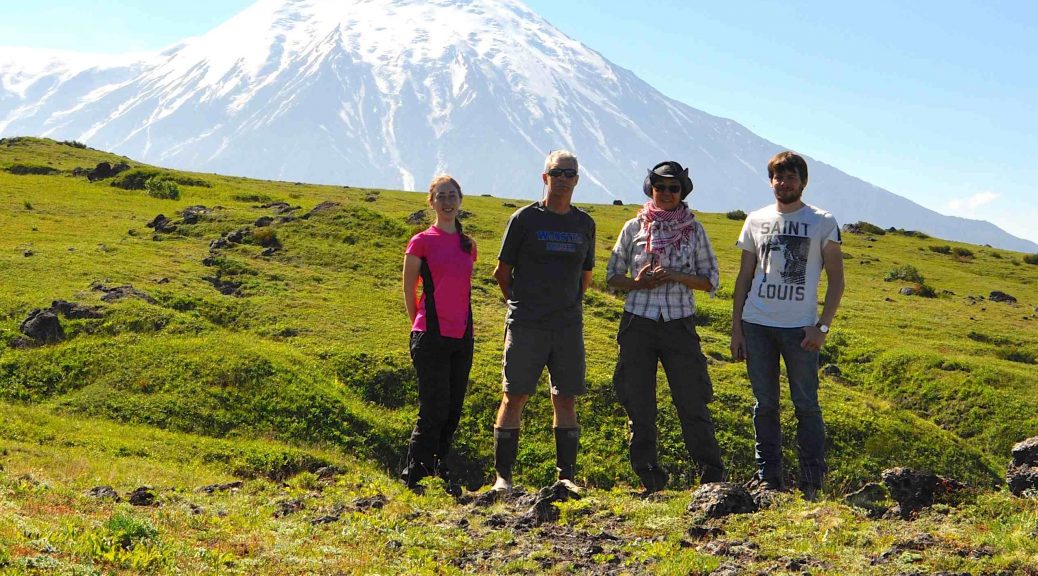 Projects have been conducted in Russia and the Far East in 2013 and 2016, including on Kamchatka, the Kuril Islands, sites near Vladivostok, and Sakhalin.

Read an article published on glaciers and climate variations in Kamchatka by Dr. Wiles and other scientists. You can also view reports produced by the COW Tree Ring Lab about our research in Russia.

In 2016, Clara Deck ’17 worked on cores from Kamchatka to investigate how larch and birch trees at different elevations responded to climate change events. Eduardo Luna ’18 also examined how two methods of measuring tree cores — traditional ring-width measurements and the newer method of blue intensity — affect the correlation of Kamchatka tree rings to climate variables like summer temperature. Brandon Bell ’18 also worked on the Kamchatka project, using the climate response of the same trees  to reconstruct the climate of explorer Vitus Bering’s 1741 expedition to Alaska.

In the summer of 2014, Sarah Frederick ’15 conducted a dendrochronological analysis of Kamchatka with Dr. Wiles, Vladimir Matskovsky, and Tatiana Kuderina, collecting many of the cores that would be used by this later research.

Xiangyu Li studied tree rings on Shikotan, an island in the Kuril Islands, to see how their growth was impacted by natural events like tsunamis and earthquakes. Li concluded that in certain years, tree ring growth increased with the occurrence of tsunamis, although an overall correlation was not found. Read more about Li’s project on the Wooster Geologists blog.

In the summer of 2013, Dr. Wiles, along with Drs. Olga Solomina, Rosanne D’Arrigo, Kevin Anchukaitis, and Yury Gensiarovsky, sampled larch trees along the eastern coast of Sakhalin. The cores were then successfully used to reconstruct summer temperatures for the past 400 years, and also demonstrated sensitivity to the loss of sea ice in the Sea of Okhotsk and the weakening of the Siberian High. The resulting article is available online via SpringerLink.